The terms "wheel" and "rim" are often used as words with the same or nearly the same meaning, but technically speaking it is not really so. Many people use term "wheel" as a "rim" meaning the entire metal part to which the tire is mounted because rim and wheel are usually cast or pressed from a single piece of metal. 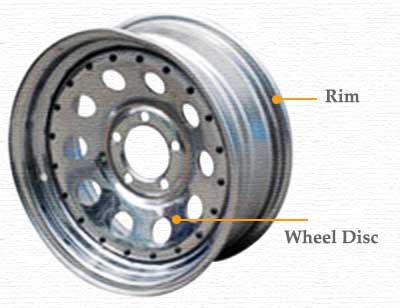 The main difference between wheel and rim is that rim is not the whole wheel but only a part of the wheel.

Key parts of the wheel are rim and disc.

The hub may be also considered as a part of the wheel. The hub is wheel base with studs on which the wheel is attached to the suspension.

The rim is a cylindrical wheel outer edge holding the tire on the wheel. Main function of the rim is supporting and sealing the tire to the wheel. The rim ensures proper fitting between tire and rim and retaining the air inside the tubeless tire.

The disc is a part of the wheel which connects rim and axle hub.

The rim and disc may be permanently joined together or detachable.

In the early days of car history wheels were manufactured with wooden or wire spokes. Rim and hub were linked by wires called spokes. Afterwards the wire spokes were replaced with wheel disc and they are still in use today. Today's most common spoke designed wheels are cast or forged alloy wheels with stylized spokes giving them attractive appearance. 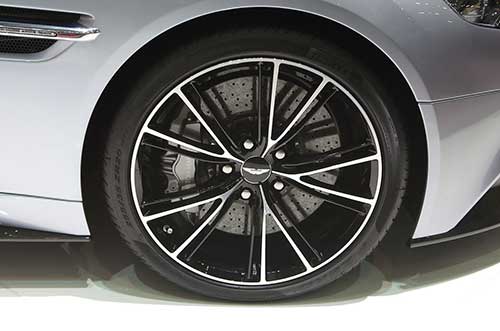